Guitar, Theory, and Ear Training
in person or on zoom
$150 per lesson with Richard Miller
(discounts up to 50% available for bundles) 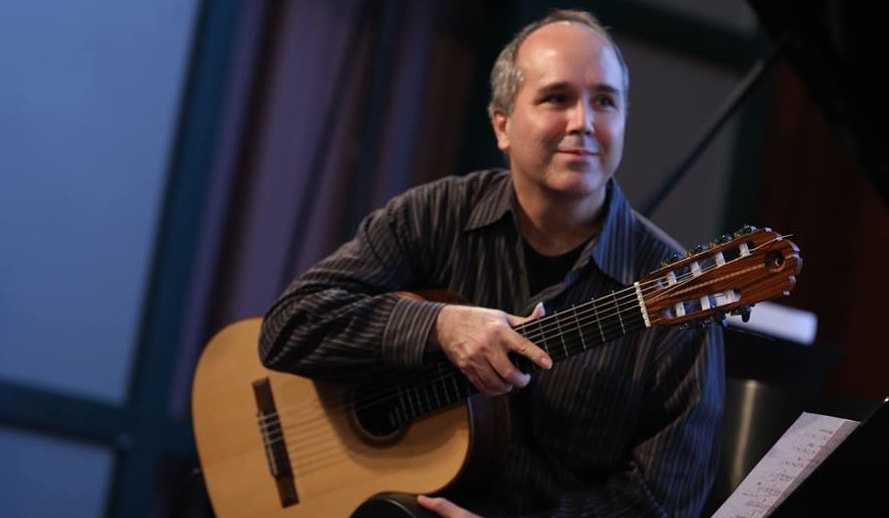 Richard earned a Ph. D. in music theory from Catholic University of America and a Masters in guitar performance from Manhattan School of Music. He taught music theory and ear training at Columbia University for eight years and has just relocated to Southern California. Lambert Academic Publishing recently published his book, "The Guitar in the Brazilian Choro."

A long-time practitioner of yoga and surfing, Richard created the Balanced Guitar retreat to enable students to learn a holistic lifestyle that will ensure many years of healthy and creative guitar playing. The guitar/yoga/surfing retreat in Costa Rica takes place yearly in January (www.balancedguitar.com). Balanced Guitar has recently launched online guitar classes in response to the Covid-19 pandemic. Balanced Guitar has partnered  with Music On The Inside (a prison music education program), where Richard is Master Teacher to curate an online concert series entitled “Music While We’re Inside,” also in response to the pandemic.  Music While We’re Inside presents an online concert every Sunday at 6pm Eastern Time.