Born and raised in Rio de Janeiro, Brazil to an American father and Brazilian mother, Richard Miller’s recent credits include: a grammy nomination (Best Latin Jazz Album) for the recording "Virtual Birdland" with Arturo O'Farril, Paquito D' Rivera, and the Afro Latin Jazz Orchestra; a special performance for Pope Francis; a White House performance for President Obama; a residency at Club Bonafide in New York City, a cross-country solo tour entitled “A Rhythmic History of Brazilian Music,” and music director for the premiere of Olivério, A Brazilian Twist at the Kennedy Center and for its production in Los Angeles in 2019.
With a Master’s in guitar and a Ph. D. in music theory, Richard is a dedicated educator, with 25+ years of teaching experience (including most recently teaching for eight years at Columbia University).  Richard directed the education programs for the Afro-Latin Jazz Alliance (ALJA) in NYC and since moving to Southern California is writing their Afro Latin Jazz Curriculum for Higher Education. Richard’s publications include the book "The Guitar in the Brazilian Choro" and the CD It’s Time. He is currently working on the Afro Latin Jazz Curriculum for Higher Education, commissioned by the Afro Latin Jazz Alliance.
A long-time practitioner of yoga and surfing, Richard created Balanced Guitar, a guitar, yoga, surfing retreat that takes place in Costa Rica (www.balancedguitar.com). Richard is now based out of San Diego CA.
Contact:
Email: richrellim@gmail.com
Phone: 240-498-8365 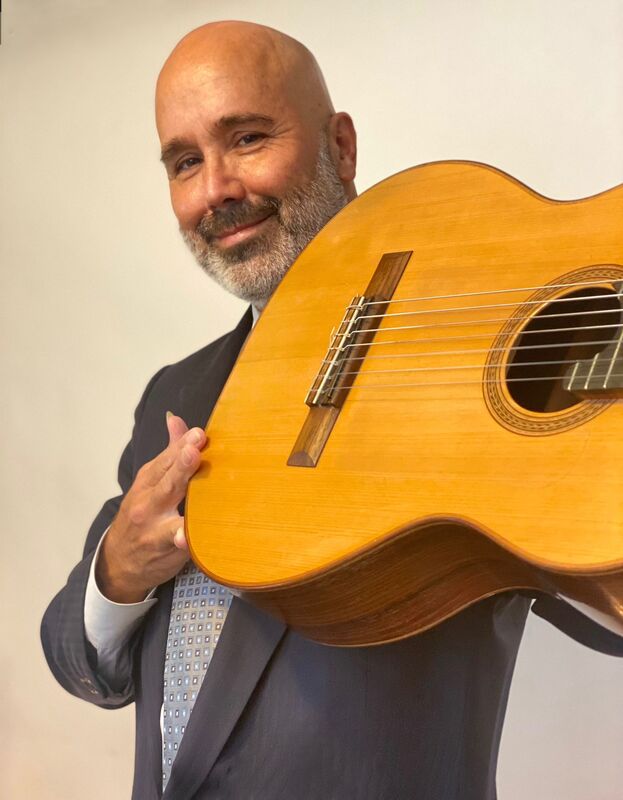